[The following is a revision of my earlier random ray gun generator incorporating the Roll All Dice method using the standard dice (d4, d6, d8, d10, d12, and d20).]

These tables may be used to generate the focus, range, audibility, beam, color, and type of ray produced by any ray gun or ray attack. Certain colors may be more appropriate for certain types of rays and may be rerolled or designated as desired. For increased randomness, a d3 may be substituted for focus, range, and/or audibility.

Power sources will vary depending on the setting. Some models may use power cells containing 10 or 20 charges each. Other models might be connected to external power packs of 100 or 200 charges each. Ray guns that can be directly recharged generally have a maximum capacity of 30 charges.

Recharging a ray gun, power cell, or power pack with a compatible power source requires 1 hour of recharging time per 10 charges of capacity.

The following is a list of my plans for Savage Arts & Sciences this year in no particular order. It is merely a starting point, not a complete itinerary, for this journey across Savage Worlds (and the Flash Gordon universe).

After the recent news of Kickstarter's pivot to "blockchains," I just want to express my appreciation for Pinnacle Entertainment's decision (for other valid reasons) to pursue an alternative means of crowdfunding. I've already backed two projects (Flash Gordon: Legends of Mongo and the new edition of the Super Powers Companion) and I look forward to backing the new editions of the other Savage Worlds companions as well as anything and everything related to Flash Gordon. I hope other game publishers follow suit, because I do not intend to back any future Kickstarter projects.

Email ThisBlogThis!Share to TwitterShare to FacebookShare to Pinterest
Labels: thoughts

As I raked the fallen leaves in my yard on this cold November day, my work was made lighter by listening to an episode of The Smart Party ("The UK's Premier RPG Podcast") in which Shane Hensley (founder of Pinnacle Entertainment Group and creator of Savage Worlds) was interviewed. If, as I suspect, you are an enthusiast of Pinnacle Entertainment Group's products, then I suggest you listen to Episode 153 — Shane Hensley Interview a.k.a. Shaken Not Stirred.

If you are looking for examples of the Savage World of Flash Gordon as it might actually be played, The Wild Die Podcast has an episode in which the hosts actually play it with the game's author, Scott Woodard. Listen to The Wreck of War Rocket Prixus — A Flash Gordon Actual Play. It's quite entertaining. 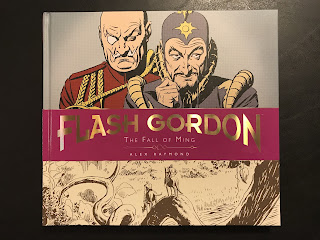 Flash Gordon: The Fall of Ming (Sundays 1941-1944) is the third volume in the collected Flash Gordon comic strips by Alex Raymond and Don Moore, and the final volume containing Raymond's art. Raymond enlisted in the U.S. Marine Corps in 1944, and Austin Briggs, who was the artist of the Flash Gordon daily comic strips from 1940-1944, became the new artist of the Sunday comic strips immediately following Raymond's final strip, which was printed 7 May 1944. Later, upon his return from the war, Raymond devoted himself to another comic strip of his own creation, Rip Kirby.

The early 1940s mark a period of great change for this comic strip. We witness the fall of Emperor Ming and the establishment of a union of democratic republics on Mongo. Zarkov makes contact with Earth for the first time, and upon learning that the nations of Earth have been plunged into another great war, he, Flash, and Dale embark on a voyage home to do their part. We learn that Flash, too, is an inventor, and he lends his talents to the creation of new weapons based on the technology of Mongo to aid the war effort and, indeed, to thwart an invasion of the east coast of the United States. Aware that they need a greater supply of radium — that miracle element so popular in early 20th century science fiction — for these new weapons, and that Mongo has it in far greater abundance, Flash and company head back to Mongo... and promptly crash land in a previously unexplored region of that planet, where they become embroiled in toppling another despot.

I admit to missing some of our old friends from Mongo: Thun, Barin, Aura, Vultan, and others, but in the last strip in this volume we see Flash and Dale (where is Zarkov?) heading to Mongo. I assume that "Mongo" in this case refers to the nation of Mongo, since they are already on the planet Mongo, but one can never tell. I would also like to assume that they haven't forgotten their reason for returning to Mongo, since it hasn't been mentioned since they left Earth, but again, one can never tell. Maybe they will bump into Zarkov and he can remind them.

At first, I thought I might conclude my reading of Flash Gordon with Raymond's departure from the strip, but cliffhangers being what they are, I might have to read on. Meanwhile, from the first decade of the Sunday strips alone, I have compiled lists comprising 20 different peoples, 47 different creatures, and 121 different technological curiosities of the planet Mongo, all of which can be found in the Lists of Mongo. 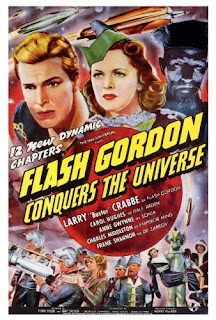 Once again, no sooner have Flash, Dale, and Zarkov returned to Earth then they find reason to rocket off to Mongo, this time to stop the "Purple Death," an alien plague that threatens to wipe out all of humanity. Flash and friends find themselves embroiled in one difficulty after another as they deal with the machinations of Emperor Ming, Captain Torch (played by Don Rowan), and Lady Sonja the spy (played by Anne Gwynne).

There is something less elemental about this third serial that deprives it of some of the vigor of the first two. Part of it can certainly be attributed to the recasting of Dale and Aura, neither of whom have much of a personality beyond that of the standard starlet, although it should be noted some of the blame lies with the writers of their lines. Mongo seems just a little less fantastical than it did in 1936, but then, so did the comic strip by 1940. Fans will find it worth watching, but it doesn't quite match that first cinematic appearance of Flash.

Flash Gordon Conquers the Universe may not be the best of the Flash Gordon serials, but it's still better than most, and it can still provide many ideas for adventures (as well as serve as an example of cliffhanger pacing) for the Savage World of Flash Gordon and other swords & rocketry Savage Worlds. 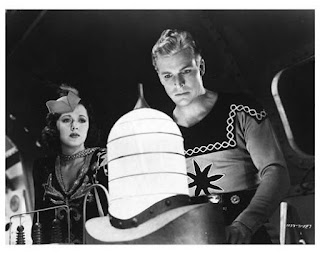 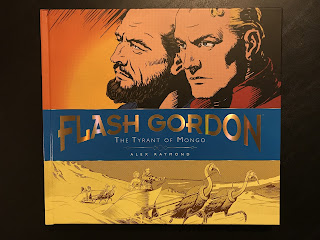 Flash Gordon: The Tyrant of Mongo (Sundays 1937-1941) is the second volume in the collected Flash Gordon comic strips by Alex Raymond and Don Moore. Some things changed and some things remained the same. In the span of time covered by this volume, the dialogue moved from balloons to borderless text with lines drawn to the speaker to standard literary dialogue with quotation marks and written indications of who spoke (e.g. "That scream!" says Flash, "It sounded like Dale!"). The skin color of the ruling people of Mongo (as well as the rebels of Arboria) continued to fluctuate, eventually settling on the same shade as Flash, Dale, and Dr. Zarkov by October 1938. Coloring varied in consistency from 1934-1938 as Alex Raymond was responsible for penciling and inking, but "the drawings were colored at the syndicate office." One notable mistake included giving Flash dark hair (4 August 1935).

The themes of mercy, forgiveness, jealousy, betrayal, freedom, and tolerance continued to be highlighted, with two unstated questions looming in the mind of the reader: Will Ming be toppled; and will Flash Gordon, Dale Arden, and Dr. Zarkov ever see Earth again?

I daresay the Flash Gordon comic strip steadily improved with every year as Raymond and Moore refined their styles. The frame count decreased, but the details in art and story increased. I read this volume much more rapidly than the first, and I suspect I'll finish the third sooner than I'd like, which is regrettable since it marks the end of Raymond's involvement. 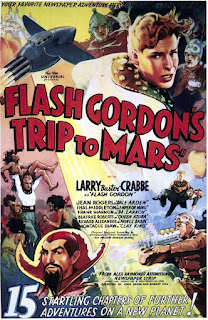 No sooner do Flash, Dale, and Zarkov return to Earth after saving it from the evil machinations of Ming the Merciless than they are confronted with another threat to Earth's safety. A strange beam from space is destroying the Earth's atmosphere, so the trio (plus a stowaway reporter known as "Happy") immediately set off in a rocket ship to investigate its source and stop it. This leads them to the planet Mars, where its most powerful ruler, the magic-wielding Queen Azura, has allied herself with Ming who somehow survived his peril in the last chapter of the previous serial.

The serial takes great liberties with the source material (such as placing Azura's kingdom on Mars instead of Mongo), but it retains the spirit of both the comic strip and the first serial. Like both, it is a valuable if not essential point of reference for running or playing the Savage World of Flash Gordon for Savage Worlds. 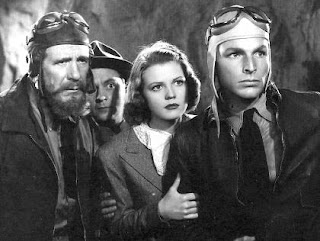 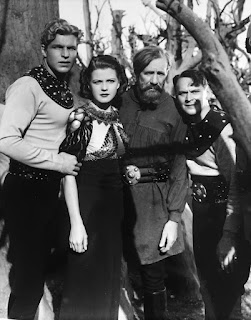 The updated Super Powers Companion for Savage Worlds Adventure Edition is now being crowdsourced via Pinnacle Entertainment Group's own site. You can pledge through 23 September 2021. Click on the link for details.

[The following is a revision of my earlier random ray gun generator incorporating the Roll All Dice method using the standard dice (d4, d...